About Make Up Magic

When I was a very young girl, I looked forward to acquiring issues of Time or National Geographic magazines so that I could sketch or paint the various faces on the covers.

Sometimes it was a Ubangi in Africa, Alfred Hitchcock or a beautiful movie star. Faces fascinated me, and they still do! It was so natural for me to eventually embrace a love for the art of applying makeup.

I worked in the cosmetic department of an exclusive department store, often attempting to show my clients how to apply makeup, (especially eyebrows). They returned repeatedly in frustration because they were not able to replicate the design. It was at that time I originally started joking about tattooing their makeup on and eventually, I decided that it just might be a brilliant idea!

In 1985 I became one of the original pioneers of permanent cosmetics by apprenticing in a tattoo shop, tucked in between a Go-go bar and a gun shop. Patrons parked their motorcycles inside next to the pool table. The front window was decorated with a large boa constrictor in his glass habitat. Weekends were spent making my own needles and mixing pigment powders with Listerine for use during the week.

My artistic ability as a portrait artist, (and my background as a professional makeup artist), were obvious assets to create techniques to fit the specific needs of the eventual transition to a new and exciting idea; “MICROPIGMENTATION”!

Knowledge of equipment, sterilization, color blending and artistry are not skills that can be acquired overnight, in a week or in a month. Throughout the years of experience as a pioneer of micropigmentation, I have continually invested in the latest products and equipment to stay on the cutting edge of the cosmetic tattooing industry.

Wake up to Make Up Magic

Permanent EyeBrows take the most time since I make sure my customers are completely numb before applying the drawing and carefully measuring for the desired shape. Hair like strokes complete the effect of actually having hair and easily blend with whatever hair exists of your own brows for a very natural look.

The same routine is used for permanent lips, first numbing then drawing the new lip shape for approval by the customers before the procedure begins.

Permanent Eyeliner also is typically painless with my numbing techniques and is as individualized as the lips and brows for color, thickness and shape.

Marilyn Byerly met Sandi Hammons, owner of Premier Pigments, in 1992 at one of Sandi’s earliest conferences. Sandi was sharing her experiences of trial and error to help others avoid the pitfalls of erroneous information. She invested many months and a considerable amount of money into the research and development of the line of organic pigments now known as Premier Pigments.

A lot of debate occurred when Sandi ventured into the wilderness of new pigments. The FDA was invited to one of AIIC’s (American Institute of Intradermal Cosmetics), symposiums and the rhetoric could be heard around the world.

Marilyn Byerly, one of the earliest pioneers of permanent makeup located in Scottsdale, AZ, attended that seminar and decided to initiate her own study. She made the decision to pay approximately $500 per pigment to have the red, yellow, blue and black Premier pigments analyzed by a reputable scientific laboratory service located at Arizona State University.

The final summary and report declared that they found no dangerous substances of any consequence in the pigments they analyzed, in particular, the red, which seemed to be a big concern to others in the industry. What a relief! It was during this period of time that Marilyn learned a great deal about herself…because

she was self-taught, she had not offered to share what she learned over the years; but Sandi Hammons was just the opposite. After some reflection, Marilyn, with Sandi’s products and help, began teaching her many techniques to the students attending the symposiums in Dallas Texas. It was not long, either, before Marilyn found herself donating countless procedures on cancer patients.

Now, after a career that has spanned more than 25 years, Marilyn has accumulated a wealth of information she is willing to pass along to those that choose this path as a career. She is recognized as one of the best in the field of permanent makeup application by the thousands of women that she has touched, as well as countless and celebrated plastic surgeons.

Marilyn Byerly has more than mastered the many aspects associated with the application of permanent makeup. She possesses a strong work ethic and is absolutely committed to each and every one of her clients.

Many of the techniques that she uses today were developed through trial and error from those first months of applying “body art”.  While training, her artistic ability as an amateur portrait artist and professional makeup artist were invaluable assets.

The permanent makeup pioneers of the late eighties each went their own direction and made many mistakes along the way. Eventually, some of the entrepreneurs began to regulate the budding new industry and formed training courses.

American Academy of Intradermal Cosmetics, (AIIC), offers the most intense and thorough courses available and is known worldwide. Over 15,000 students have traveled to Texas to attend training classes at the headquarters of Premier Pigments near Dallas Texas. 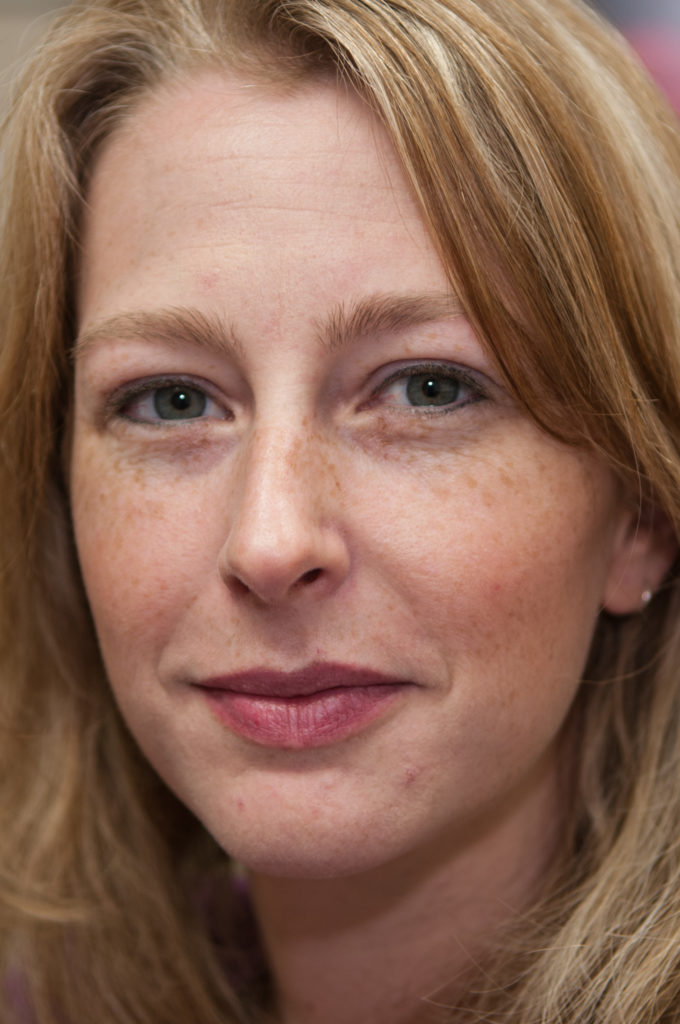 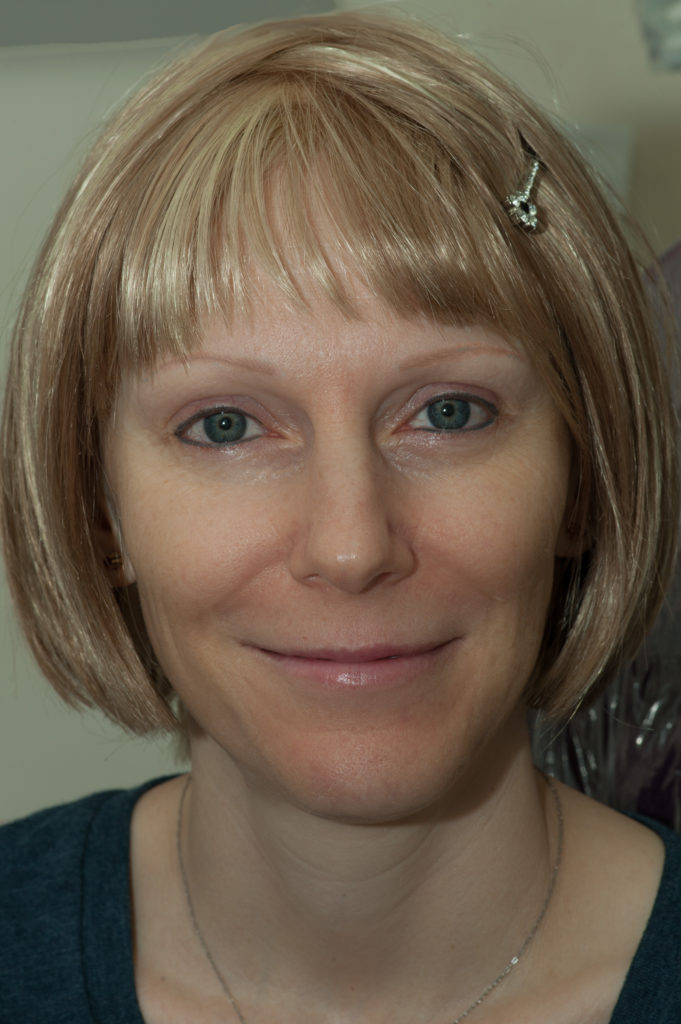 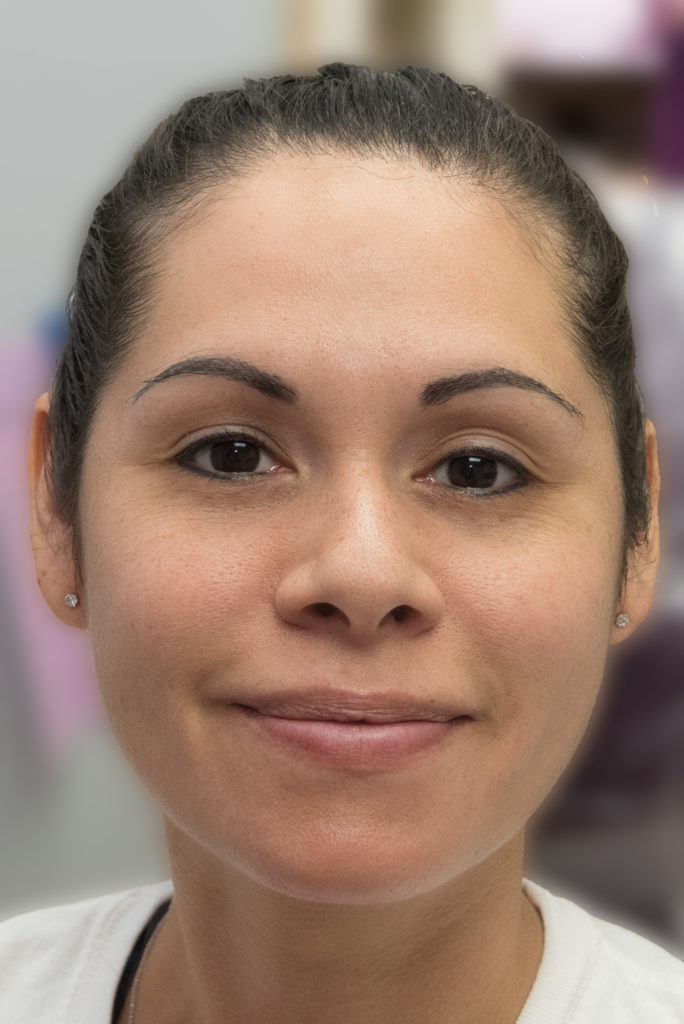 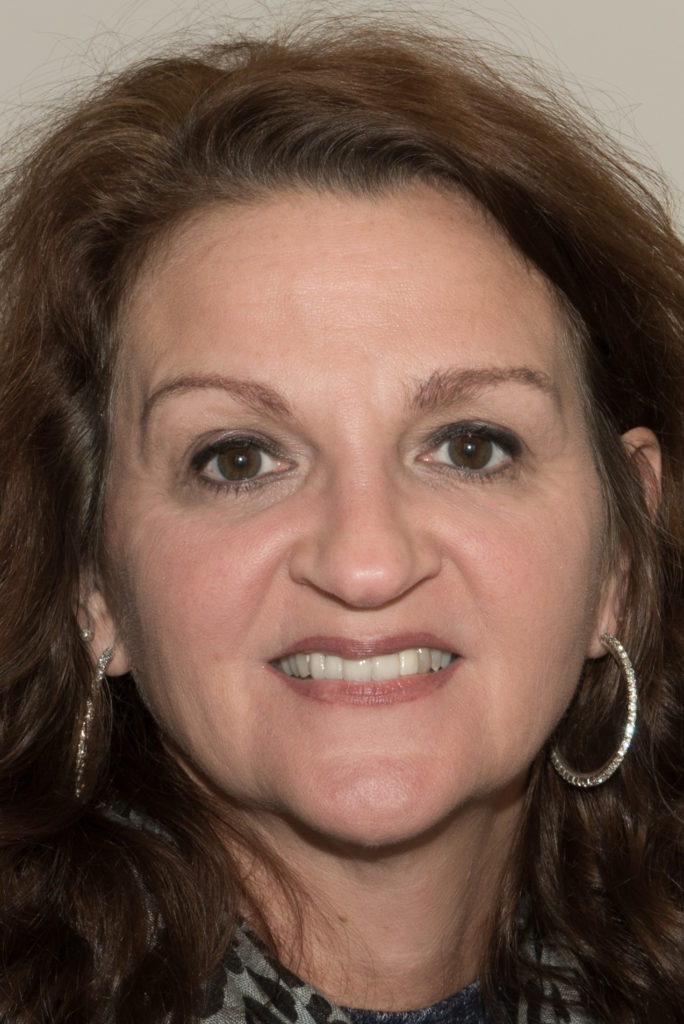 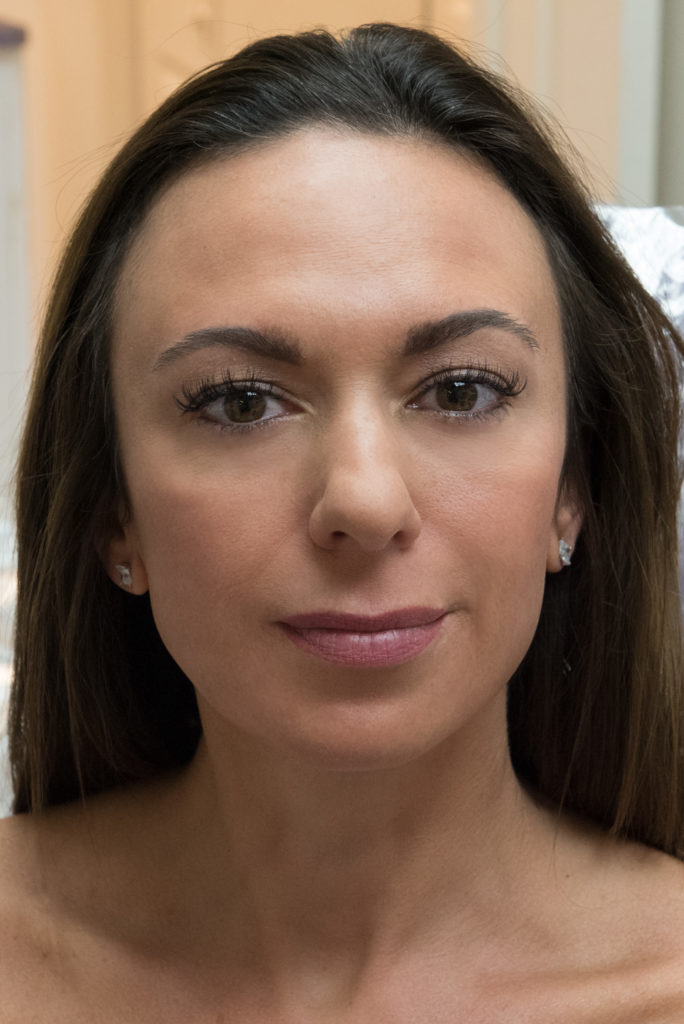 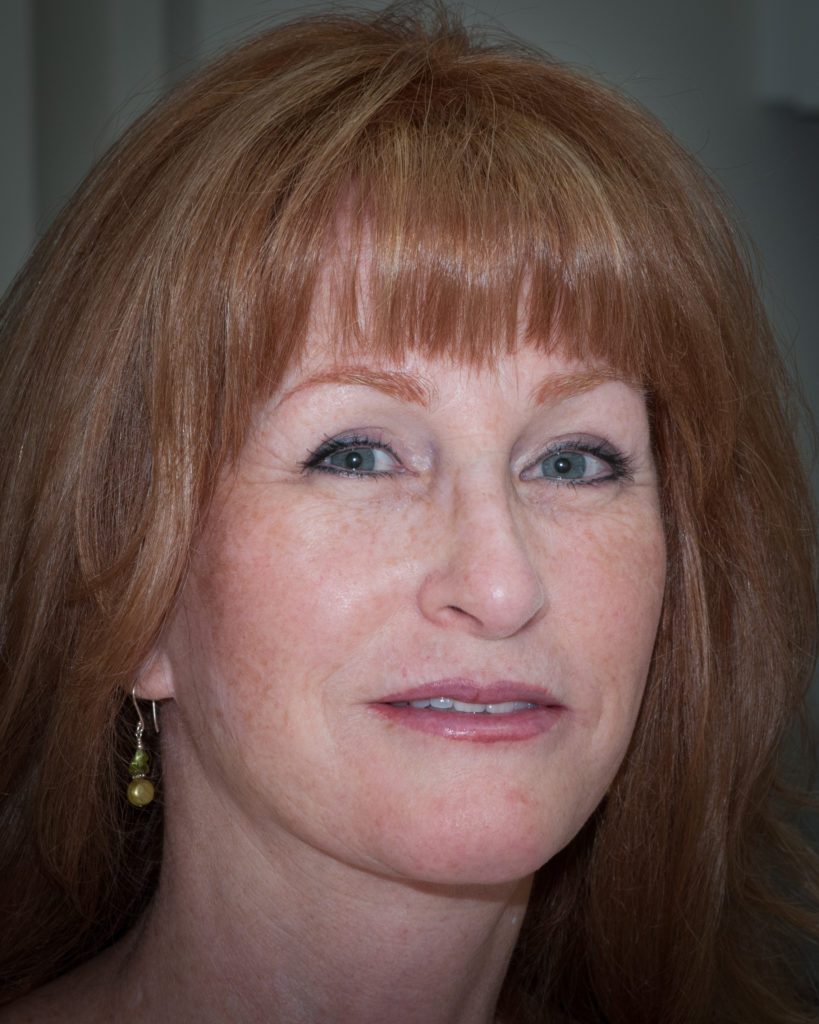 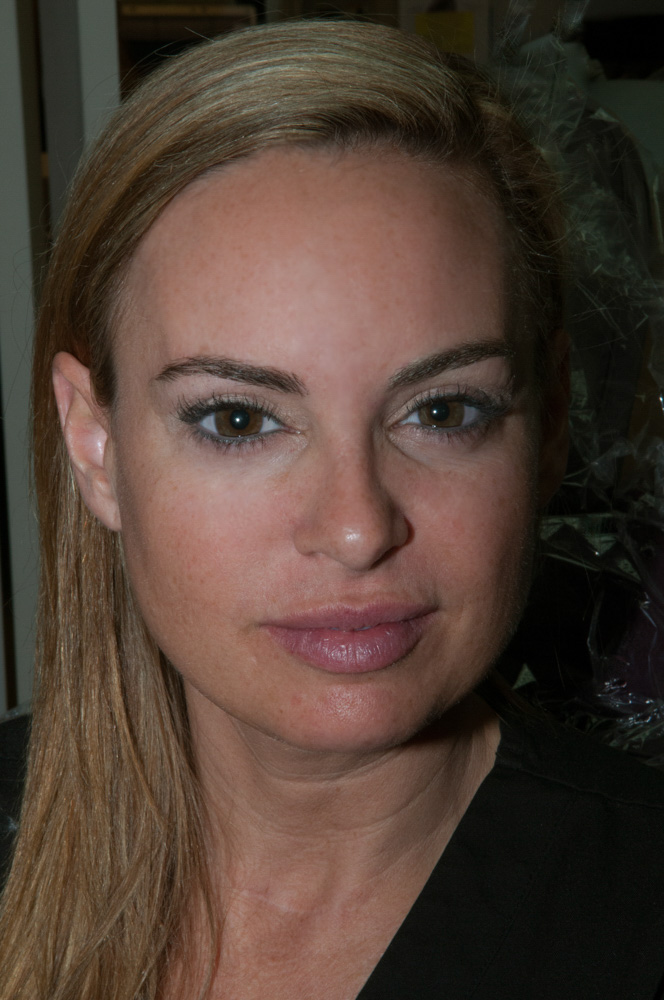